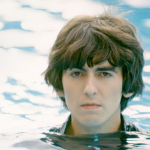 My name is Gareth Henry (Enrique) Twain, Jr., I am the Ad Interim Governor General of Hiddleston and Alonia and Leader of the New Democratic Party. My job is to act as the leading figure of the nation and to represent the Queen in all affairs relating to Kiwi governance. If you need to contact me, you can reach me at atlanticexecutivecouncil@gmail.com and I will attempt to get back to you as quickly as I can.

My micronational career began in 2014 with the creation of the Federated States of America, a continental micronation located in the central United States. I remained in that micronation until around midway through the next year, when the Federated States peacefully suspended its activities. That following December, we reformed the Federated States as the Atlantic Commonwealth, where I became the representative of Cambridge Province, located in my hometown of Boston, Massachusetts. That incarnation lasted until May 2016, when we permanently dissolved despite a couple of more attempts after.

Retrieved from "https://hiddleston-alonia.fandom.com/wiki/User:G.H._Twain?oldid=143"
Community content is available under CC-BY-SA unless otherwise noted.